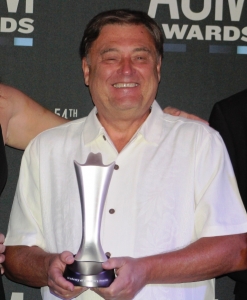 Lon Helton, the longtime host of Country Countdown USA, has been nominated for the Radio Hall of Fame.

Lon is one of four nominees in the Music Format: On-Air Personality category, along with Hollywood Hamilton, the Mark & Brian Show, and Ryan Seacrest.

From July 15 to July 28, fans have the opportunity to vote for their favorite personality in the aforementioned category. The winners will be determined by the public and the Radio Hall of Fame’s nominating committee. The outcome of the fan vote counts as one vote among the committee votes.