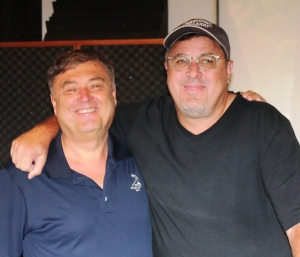 This week’s co-host Vince Gill has a unique place in country music. First as a hitmaker on his own. But now as a friend and mentor to the new generation of stars. He’ll talk about his relationships with some of the hottest stars in the countdown.

For example, he just inducted Luke Combs as the newest member of the Grand Ole Opry. “I’m crazy about that kid, and it meant a lot to me that I was one of the first concerts he went to. It has a beautiful impact sometimes on the direction someone chooses to go in their life. That kid can sing. He’s a really fine singer. I like what he’s doing.”

After the Opry induction, Vince invited Luke Combs to perform with him at a fundraiser in LA: “We knew who we were inviting. We knew if we invited him, he’d sell all the tickets. We’re no dummies!” 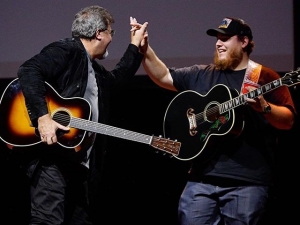 Vince had a #1 a couple years ago with Chris Young. “My smile should say it all. When you become the old guy and the young ones still reach out to you and want to include you, it makes you feel great. I’ve lived a lot of my life as the high harmony singer. I think it’s harder sometimes than being the knucklehead up front. I’m thrilled to get to do something with Chris. I think the world of him.” 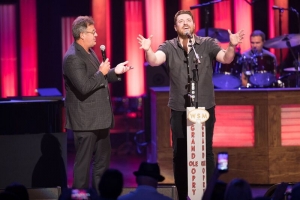 Vince just took part in the recent Crossroads Festival, put on by Eric Clapton. “I go back to when we met at the Grammys. He sticks his hand out and says, ‘Vince I just want to say I’m a great fan of your playing.’ A few years later, he called to invite me to a guitar festival, and he said, ‘I’m only inviting people I like.’ Here was one of my heroes who saw me as a musician. So I’ve gotten to do all of them. To become friends with him is unbelievable.”

Vince is also the newest member of The Eagles: “I was great friends with Glen Frey, and after his passing, they called me. Afterwards, Don Henley told me ‘You’re the only guy I ever thought about.’ I stand on that stage and shake my head, thinking I can’t believe I get to sing these songs.”