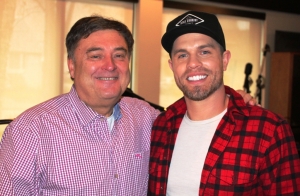 Lon’s co-host this week is Dustin Lynch, who just returned from his annual “exotic trip.” This year, Dustin and his friends traveled to South Africa: “We started in Cape Town, spent a week there, and finished in a safari lodge in Elizabethtown. Just dream come true stuff.”

Next week, Dustin heads down to Mexico for the 6th annual Crash My Playa festival hosted by Luke Bryan. “We got in trouble last year. Luke showed up unannounced, and the crowd went nuts. He got on stage, and we played for 2-1/2 hours. We got in trouble because we played for so long, a lot of people didn’t make the big show that night. It’s an honor to be the Mayor, the Governor, and the El Presidente of Crash My Playa. 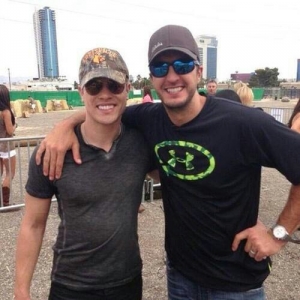 Lon asked Dustin how he spent the holidays: We did rehearsing for the new tour, then spent Christmas with the family. I have a niece and nephew who have hit an age where they come out to my farm and ride the trails. Thomas Rhett gifted me a 4-door Razor as an after-tour gift. So that thing is dangerous and will be getting muddy in 2020.

Speaking of Thomas, Dustin was part of his Very Hot Summer Tour last year. “We had such a blast. I didn’t know what to expect from his crowd. It’s very young and very female, so it was fun to be in front of. Some nights it was hard to hear myself sing because the girls were screaming so much. It was a wonderful tour to be a part of.”

Dustin told Lon he recently saw Jon Pardi: “We run into each other a lot. We live near each other. But I was in Hawaii, and I saw his Twitter feed that he was heading to Maui. He ends up renting a condo next to me. What are the odds? We shared the same pool. We had a great time out there. All of Nashville was in Maui at the same time.” 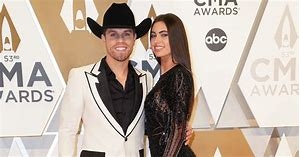 This year, Dustin brought a date to the CMA Awards. He told Lon, “My girlfriend is a big fan of Nicole Kidman. One of my goals was to introduce Kelly to Nicole. My first tour was with Keith Urban. We were seated near them. So Keith walks up and gives me a big hug, and Nicole was with him, so I start to introduce my girlfriend, and no one’s behind me. She was gone. So she comes back later and I told her what happened, and she was devastated.”

By the way, Dustin’s 4th album, “Tullahoma,” will be available this Friday. It contains the hits “Ridin’ Roads” and “Good Girl.” Next month, Dustin will headline his Stay Country Tour with guest Travis Denning.