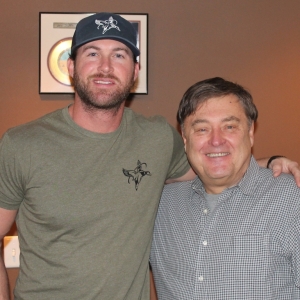 This week, Riley Green makes his co-hosting debut. He tells Lon about his first few years in the national spotlight, his first #1 There Was This Girl, and his latest hit I Wish Grandpas Never Died.

Riley remembered where he was when he got the idea for I Wish Grandpas Never Died: “I wrote that title down when I found out one of my grandfathers died. Got the news, wrote down the title, and a couple months went by, and I had an idea. I didn’t just write a song about my grandpa, but about the values they raised me by. I wrote it by myself, didn’t take me long, and when I got to the chorus, it really hit me. That hasn’t happened to me before.”

Riley opened for Jon Pardi last fall. He told Lon they still keep in touch. “I invited Jon Pardi & his dad to go hunting, and he called me and said he was tearing down a barn and couldn’t make it. But Jon was great, and when people asked who I wanted to tour with, it was Jon.”

Hunting was also the topic when Riley met Thomas Rhett: “I was a fan of Thomas, met up with him last fall during CMA Week, and since then we got together and go duck hunting in Arkansas. We got down there, and he wanted to stay up all night, play and sing songs. So we got to write a little bit, and I’m sure we’ll write more together soon.” 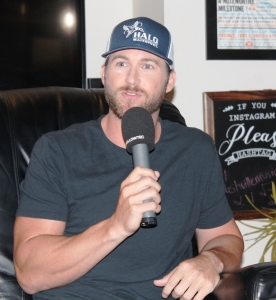 Riley says he got a big break in his career opening a show for Luke Combs: “I was a huge fan of Luke Combs before he was famous. I got offered to play a bar in Birmingham, opening for Luke. This was in 2015, before he was signed. It may have been one of the biggest shows I had played at that time. It was cool, because I saw I had fans, and a lot of my career I owe to that show with Luke.”

Riley recalls meeting Sam Hunt when they were both college students in 2009. Riley was at Jacksonville State, and Sam was at University of Alabama Birmingham. “Sam was a regular at a lot of the same frat houses and bars in Jacksonville. I got to see him grow from the outside. It’s cool to see someone you crossed paths with early on, and I got to see it first hand.”