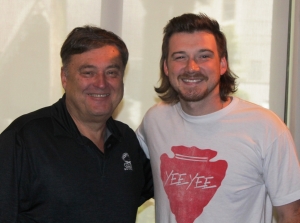 This week, Lon’s co-host is Morgan Wallen, who spent his shelter-in-place time with his parents: “Whenever this whole thing hit, I was at the beach. They closed down the beach, so I went to my parents for the past couple weeks. It’s been a while since I’ve spent this much time with them. It was unexpected time with them, but being able to spend time with my family has been really refreshing for me, so I’m thankful for that.”

While at his parent’s house, Morgan did an Instagram Live mini-concert for his fans: “I enjoyed it. It felt almost like a real show. I think there were 30,000 viewers, so you get that same feeling. There’s an energy to know that many people are watching.”

Morgan tells Lon he now has a five month old German Sheppard puppy he has named Boots: “My mamaw was named Boots, she passed away this past year. She was my great-grandmother, she lived a great life, she helped raise me and my sisters. She was a really special lady. So I got this puppy and that name made perfect sense to me.” 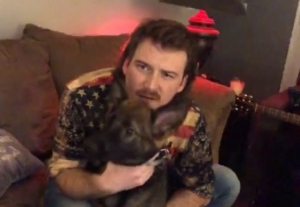 Morgan told Lon he recently received a phone call from Kenny Chesney: “I was at my parent’s house, and he called me. He was doing something sweet for a young girl who’d been through some tragedy. She was a fan of mine, so that brought us together. Me & Kenny went to the same high school. It was awesome to get to meet somebody who comes from the same area and a similar background, and he’s a legend, so it was a really cool thing.”

Ingrid Andress has her first #1, so Lon & Morgan gave her a call to congratulate her. Morgan asked how she was, and she said, “Pretty much hung over every day.” She went on to say, “I’m in a temporary apartment. My place got hit by the tornado in March, so it’s been a weird time. It’s changed my perspective on a lot of things. When my song went #1, all the people at my label did a parade outside my apartment, they all drove by, they had signs and honked their horns.”