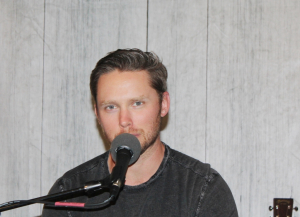 There’s a new artist having his very first Top 5 hit: Jameson Rodgers.  We caught up with Jameson recently to ask him how it feels to have his debut song “Some Girls”  in our Top 5: I’m just counting blessings, I’ve been here for 10 years, I have a lot of artist friends who haven’t been as lucky as me to have their first single go this far, so I know how rare this is. I had big dreams that it would happen, maybe two years to be a star, and it doesn’t work that way unless you’re Luke Combs. It just makes me think of the tough years, such a journey, so many stars aligning, it just means a lot.  People from Batesville MS like myself don’t get songs on the radio, and it’s hard for new artists to have their debut song in the Top 5.  So soaking up every minute and counting blessings.

Do you hear from people at home? Oh yeah, the funniest thing that happened when I played the Today show. My mom thinks I’m playing in a garage band playing video games every day. So it finally clicked that I was legitimate when that happened. You want to make your hometown proud, and it’s cool that they think I’m cool.

What is it about the song? The singer is very good looking…I’m kidding. I fell in love with this song several years ago. It’s ironic I moved here to be a songwriter, and I didn’t write it. I think it’s a very relatable song that’s done in a fresh way, and it sounds good on the radio. 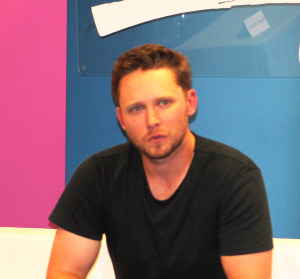 The song “Some Girls” also just went Gold and the label surprised you with the plaque: I haven’t been this surprised ever. No surprise birthday parties or anything. So I put together a softball team with a bunch of new artists.  We showed up at the game and saw my booking agent at the softball game. Then I saw a few more people from Sony. They presented the Gold plaque to me at the softball game. My team includes Chris Lane, Hardy, Morgan Wallen, Jordan Davis, they’re all artists. The Recoupables is the team name.

The other big news in your life is you just got engaged:  Yeah, I met Sara at the Bluebird Café here in Nashville in 2011.  I moved here in 2010, we were at a songwriting workshop at the Bluebird.  A few years later we started dating. It didn’t seem like a huge rush. We didn’t talk about it much. I knew she wanted it to be a surprise, so I had her sister help me pick out the ring. She thought she was going to the Bluebird for a documentary. So she got there all dressed up, and I was waiting there with the ring.