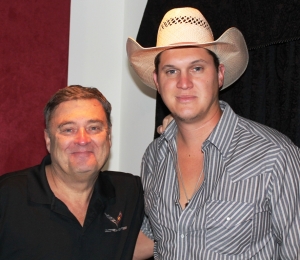 This week’s co-host is Jon Pardi. He married Summer on November 21st in Nashville.  He tells Lon all COVID protocols were followed: “Small crowd, it was beautiful, two weeks later nobody got Covid. We did our best to not have that happen, so it’s good.”

Lon asked Jon what he learned about holding a wedding during a pandemic: “2020 weddings are not fun. My grandmother could not make it because she’s 83 and didn’t want to take a chance. We had a great time, small crowd, all decked out with lights and flowers, and everybody had a great time.”

Jon wrote a song for their first dance: “I’m really happy with it. We got to dance to it. It’s got great lyrics. I was excited when I wrote it. It’s not super slow.  It’s very fun, and that’s why I wanted it.”

Did Summer hear it before the wedding? “I had a couple cocktails and I played her the rough mix. She loved it. I was so excited, like a kid on Christmas. like when you have a gift that you can’t wait to give because you want to see their reaction.  That’s how I felt, and it was great.” 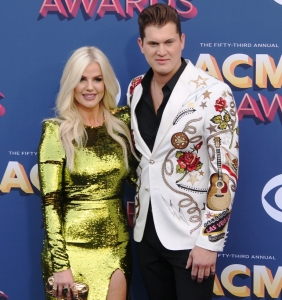 So besides the wedding, how have you been keeping busy? “We put out a live cover album, ‘The Rancho Fiesta Sessions,’ been doing a ‘Pardi Time’ online TV series, and doing a lot of work on my property.”

Jon said he’s been hanging out with Kane Brown: “He lives in my neighborhood, we hang out a lot. Summer is friends with his wife. We go there a lot, he’s got a great pool, we’re always over at Kane’s pool, and I feel like this year I’ve spent more time with my artist friends because we have time and we all are going through the same thing.”

Jon attended the CMA Awards last month where Eric Church was named Entertainer of the Year.  Jon shared a toast with Eric that night: “It meant a lot to me because I love Eric, and we happened to be sitting by each other.  We were so excited he won. He deserved it, and has been deserving it for a while.  There are probably videos of me jumping up & down. But we literally had a toast, and he won Entertainer of the Year, so I was super excited!”

This week, Hardy has his first #1, so Lon & Jon congratulated Hardy on his success.  Turns out Jon actually has a writing session scheduled with Hardy this week!