Lon Helton returns this week, and his co-hosts are Maren Morris and her husband Ryan Hurd. They just released a duet called “Chasing After You.” They tell Lon that they’ve had the song for a few years, but with the time off, they revisited it as a duet in their basement studio. In fact they recorded the song in the same studio where they co-hosted the Countdown!

Having them co-host together allowed Lon to revisit how they met: Writing a song for Tim McGraw. Maren said it was pitched to Tim the day they wrote it, and he invited the writers to an album release party. Ryan recalled “That is one of my favorite memories getting started, that party was incredible, it’s funny at how star-struck we were that day to meet Tim & Faith.”

March is a busy month for them. March 23rd is their son Hayes’ 1st birthday. Lon asks if they’ll get Hayes a smash cake. Ryan says, “I don’t know what that is, but it sounds like a great idea. I can tell you with 100% certainty we’ll be doing the smash cake. Just the name alone is worth the time and investment.”

On March 14, the 63rd Grammy Awards, where Maren’s “The Bones” is nominated for Best Country Song. Lon asked how they’ll handle that this year: “I can’t really share the news, it hasn’t been announced yet, but I’m hoping that because I’m nominated that I’ll get to perform, so we’ll see what happens.” 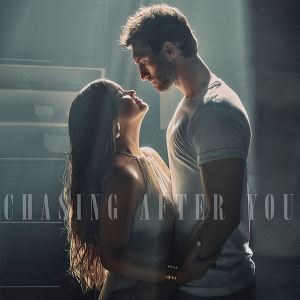 Speaking of awards, Maren & Ryan attended the CMA Awards in November. Lon asked if she spoke to Entertainer of the Year Eric Church. She told Lon, “It’s a funny story. I won Female Vocalist, which was right before Entertainer. I was doing press after I won, so I didn’t see who won Entertainer. But as I was doing press, 20 feet away, I see Eric with a CMA Award. So I stopped my interview and walked over and asked him if he won, and he said, ‘Yeah,’ and I said an expletive. He was howling after that. It felt really good to see him win that award.”

This week, Maren’s good friend Kelsea Ballerini has the #1 song, and Maren said: “I’m proud of her with this song rightfully going #1. This song from the git go, I knew it was going to be a hit. I feel fortunate to get to talk to you the week it went #1. I think she should be having all the margaritas this week. I’m super proud of her.”