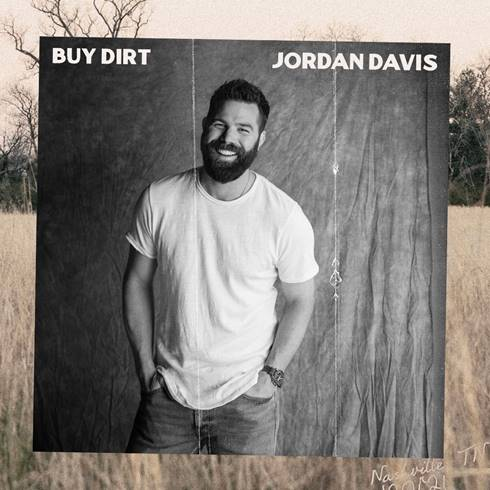 NASHVILLE, Tenn. (May 3, 2021) – Multi-Platinum-selling singer/songwriter, Jordan Davis, announced his new EP, Buy Dirt, to be released May 21. Produced by Paul DiGiovanni, Buy Dirt is Davis’ eight-song follow-up to last year’s self-titled EP and his debut album Home State. Davis co-wrote every song on the EP except for the John Prine inspired “Blow Up Your TV,” who is a major influence on Davis and his music. As a husband and new father, Davis finds himself in a different place in his life, and the songs reflect it. Davis stakes his claim as a country innovator, both expanding and modernizing his sound without abandoning his love for the classics.